Following a meeting February the Department of Infrastructure asked their consultant engineers, JBA Consulting, to provide images that would indicate what their proposed flood defence works would look like. The images are attached to this post showing the existing areas and what they would look like following any works. Copies of the images are available in the Town Hall.

Port St Mary Commissioners are meeting with the Department and their engineers on 23rd July to express any views received from the village.  Any comments should be left on this website, emailed to a.hamilton@portstmary.gov.im or left on our facebook page. Alternatively comments on paper can be received at the Town Hall. 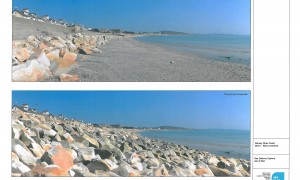 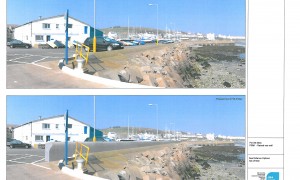 Proposed Flood Wall in the Harbour